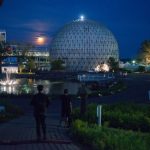 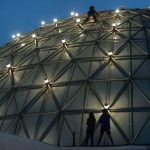 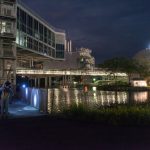 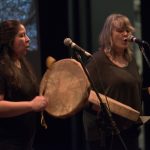 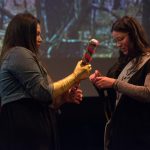 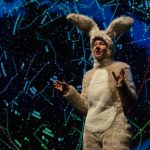 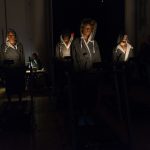 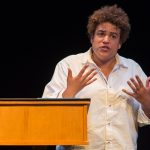 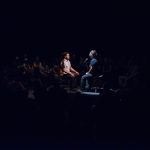 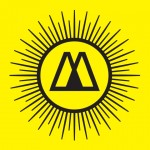 MONOMYTHS invites a diverse collection of artists, scholars, and activists to revise Joseph Campbell’s conception of the hero’s journey through performance art, lectures, workshops, and other offerings. This new assemblage of non-linear un-narratives proposes a cultural, political and social feminist re-visioning of the world. The MONOMYTHS perception of the universal journey dispels the notion of the lone patriarchal figure on a conquest to vanquish his demons–both inner and outer–in consideration of community, collectivity, and collaboration.

Joseph Campbell’s influential book, The Hero with a Thousand Faces(1949) prescribes a common pattern to all of the world’s mythic narratives. According to this fundamental structure, the archetypal hero is challenged to embark on a monumental quest. Over the course of the hero’s journey, trials and obstacles must be overcome until a victory is won and the hero returns home with new knowledge about himself and the world. Campbell’s concept of the monomyth (‘one myth’) is a recognizable motif in both ancient mythology and contemporary culture, including film, music, literature, sports, and advertising. A current trend in popular visual culture replaces the male character with a female one, in spite of the fact that our heroine–from the get-go–would make different choices if the conditions, and conditioning, allowed.

While each MONOMYTHS stage stands alone, the work of each presenting artist is interdependent and connected. These independent visions, when stitched together through the audience’s collective presence, form an exquisite corpse of a larger experimental narrative.