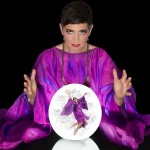 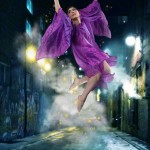 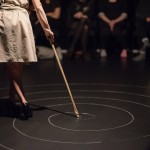 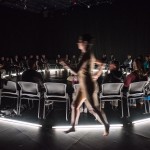 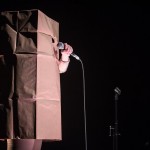 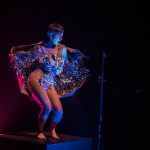 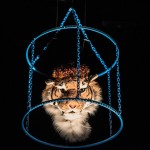 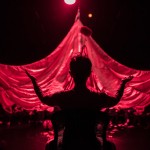 “Enchantment of a curious sort is almost guaranteed…the intriguing Toronto performance artist uses the themes and devices of abracadabra and ritual to explore the transformative power of art on trauma.” Brad Wheeler, The Globe and Mail

“The Magic Hour, created and performed by Jess Dobkin, is nothing less than pure delight from beginning to end…each moment is engaging, and beautiful… Dobkin creates a space in which we can marvel at things without needing to explain them, creating a world in which we are allowed to simply experience that wonder and delight.” Lisa McKeown, My Entertainment World

Essay by Laura Levin, “Can You See Beyond This Room?” Magical Acts, Feminist Futures, Commissioned by The Theatre Centre. Download PDF

“The Hottest Tickets in Town: Five Things to Do in Toronto” by Brad Wheeler,The Globe and Mail January 5, 2017

The Magic Hour is a solo multidisciplinary performance spell that uses magic to investigate sexual violence, trauma and transformation. Working with traditions and practices of magic ranging from ancestral sacred charms to top-hat-and-rabbit illusions, the work presses the boundaries of public and private, hidden and revealed, to make visible what is not seen. The Magic Hour proposes a radical healing through the ritual of theatre by creating expansive acts that alter the meaning of materials and memories, and enacting power through invocation, repetition, witnessing and participation.